Update 0.4.1.0 has arrived for phasmophobia, and here is the complete list of changes and corrections added to this patch. Phasmophobia has received many updates in recent months. Some of the updates have made changes to the graphic, objects, mechanics and even the features of the game. In addition to the many bug fixes and optimizations that have been implemented. This update brings with you some small changes so you should expect from this no game changing optimization. Everything is new with Phasmophobia Update 0.4.1.0.

To help fight certain spirits that are very difficult to identify, we added some new questions to the Ouija Board so that you get an approximate idea of ​​how high your mental health is.

The Ouija board is now guaranteed on the difficulty degree of nightmare. You can now ask the OUIJA Board in different ways according to your health. Different questions give different answers. The combination of these answers can give you a very good idea of ​​your spiritual health. If you ask for your mental health, your mental health is only very little consumed. Less useful questions to the Ouija Board now live much less on your mind. Some spawn points of the Ouija board were postponed to avoid clipping with hiding blockers.

Ghosts that change the preferred room are now tied to mental health. Higher mental health, less space change! There is now an abbreviation from the entrance area to the campfire in the Maple Lodge Campsite. Strong rain has received new visuals. More photos have been added. The weather can now penetrate through the grate wheels in prison cell blocks.

Ghosts now have a maximum range to change preferred spaces. Goryo will always give dot evidence on the difficulty level nightmare. Obake now always gives fingerprints on the difficulty degree nightmare. Fingerprints now have a chance of 100% spawn instead of 75%. Fingerprints take 2 minutes now before they are hidden. Obakes strength was adapted to the changes in the fingerprints. On the Maple Lodge Campsite, fingerprints can now be left on small tents, picnic banks, cooling boxes, wooden poles and wood seats. The number of hidden blockers was adapted to all places and on all levels of difficulty. Camping lights, fairy lights and the campfire light were adjusted to stop the outflow of mental health like other lights. Ghosts now have a much smaller chance to change preferred rooms on Professional and Nightmare. Hiking the chance for ghosts, wide stretches has been reduced. Mist color, night vision and ghost balls have been adjusted to improve the visibility of the game in fog. The interaction rate for ghosts on the level of difficulty Nightmare has been increased to meet the level of difficulty professionally. Optimized all weather conditions for better performance. Optimized trees and other foliage in the Maple Lodge Campsite for better performance. Ticking the clock and the white noise are now seamlessly repeated. In VR you no longer grab the tent door if you are trying to take a proportion of proximity. Ghost events are no longer finished when they leave the room or remove too far from the mind. 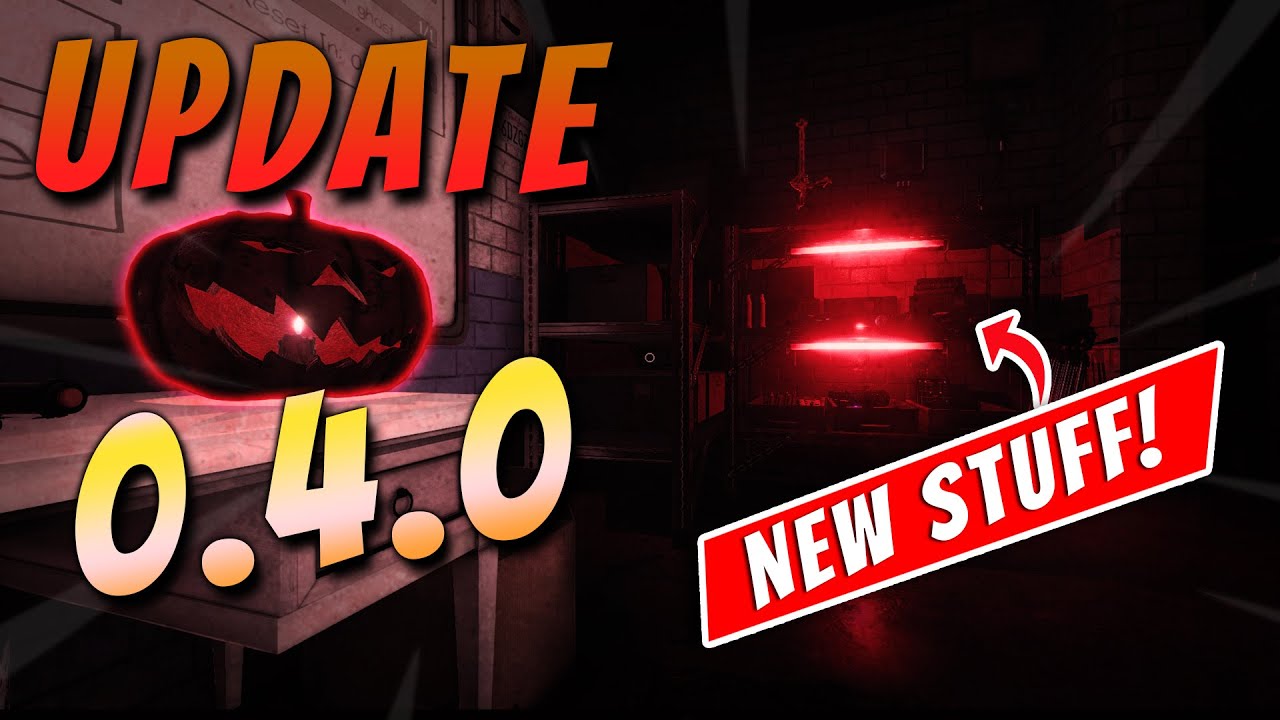 This update brought many bug fixes like the previous, but some changes and additions were made on the game. Now the weather effect Heavy Rain has new visuals and can come through the grating ceiling in prison cell blocks. The Ouija Board received several improvements that players punished much less for that they made mistakes and asked the board false questions. If you were one of the many players who had performance problems at the last update, we have good news for you. Some optimizations were made on the new weather effects, trees and foliage Map Lodge Campsite for better performance.

If you have missed the last update, be sure to read our last article to learn all the details that were delivered with Update 0.4.0.