_ Horizon expraño. It's time to leave.

_WELCOME TO THE NEW WORLD! _ - KIRBY AND THE FORGETED EARTH

I turn on my Nintendo Switch to continue playing Kirby and the forgotten earth . A few days ago I spoke in those same terms about another console, one that is almost 1000 kilometers from my new house. For that reason I observe this from another perspective. Same surface, same buttons, same operation. Different the color of the Joy-Con, the installed video games and the home screen, which now shows only two names. One of them is mine, located there after having typed the data on my profile and configuring that my main platform will now be the one in my hands. Like my presence and my cardboard boxes, full of loved and also useful personal objects, I have settled between the walls of a floor located in a city unknown to me. But not by much. As has happened with the streets, public transport or nearby shops, settle in a space and build the warm atmosphere of a home requires patience and love. Prepare the games, profiles and configurations, in the same way as taking a console and starting a title, is part of that care process. One that, I discovered recently, culminates with finding a comfortable location to play.

That was what I thought about the Switch Shared Switch screen, Kirby invited me to reveal that mysterious world in which he had landed, appropriating me of those hours and environments that he did not enjoy since years ago. Beyond the screen, from time to time I looked through the balcony that frames the orange trees planted in the city's building patio that welcomes me and in which people I want were born. This city has a name, a hopeful story and possibilities for me, so it is an adventure to know it in the same way that it revealed levels with the pink ball. As Kirby won powers in the video game, he perceived the particular adaptation that happened in me. But not only in terms of physical space and comfort, or even in relation to the city, but in regard to my emotional and psychological state as long as they also came from the environment and my link with it. Being able to sit quietly to play in front of the TV and have that room and those hours for me, I found, for example, that I needed to stop playing in portable mode because I was tired of having blocked other options. Physically and mentally exhausted, rather.

Until I started thinking about the distribution of current housing, I had no account how essential it is the space we use to play. It may seem some trivial, like a whim, but even that attitude is a translation of what we think of us and our free time. While in my previous home I played on the dining room TV, tending to portability and a corner almost borrowed on the couch and in the room, in the current batallo with my interior to sit in the armchair and take advantage of the dining room as a space shared. Which I can and I have the right to use. To settle for a corner, to wish to turn on the TV. To use almost every day portable devices, to use them on certain sometimes. I have met again with my needs and desires as a player as long as I took for granted has ceased to be and I have been able to cement with my partner another environment. It is then that I have not only reaffirmed the weight of the video game and reading in my existence, but I have proven the influence of the place where I played in my desire to want to do it, in my emotions about it and in the way I treated me to myself.

At first glance it is evident that if what allowed me to disconnect and reconsider is relegated to the background and a set aside, that will affect me. But we tend to, when we are immersed in the situation, not see with the same clarity. Thus, in the same way that the environment in which I played transcended my state, the effect of my feelings, such as discomfort and sadness by locating myself in an increasingly reduced place, decreased and broke with the good feelings that I contributed leisure, entering a vicious circle. Of course, although the available physical space can break with that harmony in a more direct way than in the case of small discomfort, it is not the only element that can damage it until it is made. Let us keep in mind that order and clean Useful that we need or want for it, the available seat and its ergonomics, the natural or artificial light that illuminates us, among others, converge in the sensations that we associate with the action of playing.

In other words, the comfort of space determines, in part, how our relationship with our hobbies will be. Ergo, with us, but our free time is also well -being. And this is believed by space psychology. The State, the form, the configuration and design of the spaces interact with our mind, so that they affect, among other issues, how we relate to space, the thoughts and perceptions we handle, the acquired experiences, the feelings and the feelings and The derived emotions and the behaviors we have. Finding various investigations that confirm what experts in subjects such as architecture, philosophy or psychology reiterated, that the environment intervenes in the ability to decide, in the personality, socialization and cognitive ability of a person, has been the push towards The reality he was experiencing, just as Kirby ended up in a different world after being absorbed by a vortex. In conclusion, even if we are the ones who build those locations or accept them as defined by Otres, they also produce effect on igotres. Light, colors, arrangement of furniture, the usefulness of the belongings, the materials, the proportions... all that and the most impacts us even though we believe that it is not so, or we do not repair it.

Hence, one configuration or another of the place where we proceed to carry out an activity can be healthy or not, since it has so much the ability to raise a well -being. In my case, the most critical result was to lose my desire almost to delight with video games, books, series and any entertainment that could give me shelter. Take several suitcases, including those hobbies and a lot of hope, and build a life far from what it already had has been a heartbreaking step. It is not easy to destroy a structure that barely seems to endure the inclement, but I cannot say that I do not recommend it. Distancing myself in such a radical way, after having meditated for months when I feel unable to continue a life that no longer contributed to me, has supported the impulse not to content me with who I am now, or with what I was receiving. It is up to a series of multiple issues that range from papers management and cement a coexistence, to personal relationships and my mental state. But, above all, we must assess whether the place where we are is healthy and that is where we really want to be. It is impossible to be in fullness if the environment in which we try to measure our identity, our energies and our emotions to the point of blurring.

Similarly, given the confluence of my professional life and my personal life, while video games lead to both plots, I proceeds the possibility that this condition would have had an impact on my approach to the environment. Consequently, to my writing and my posture. It was through the reflection that my partner launched me during the move process, linked to the perceptions that I could have lost by not having an optimal space to play, that I could glimpse that it was true. Neither my opinions, nor my observations, nor my way of expressing myself had had the same detachment as when the discomfort was not so present. Hence, although in the present I recover, with what I establish another type of link with myself and my affections, I do not give up what other spaces have contributed to me while I was in them. Video games, as faithful companions as well as books, series, movies, writing or drawing, have molded various stages of my existence, in the same way that what they have given me has been questioned by attitude and my condition. This has been another period in my 32 years that is facilitating me to continue understanding, enriching and learning, as a person and as a professional.

For that reason, after the first impact of landing in another city to start living, evaluating my state has not been the only step. Upon entering a foreign environment, I have found the ideal moment to take care of myself and examine my assumptions "vices" when playing. To my astonishment, I have perceived certain almost imperceptible changes. For example, part of anxiety related to committing a failure or not finishing a 100% title has disappeared. In the same way, I do not feel like playing only at night or early, almost in hiding. Instead, I like to share times with my partner, each unit in a console, without disconnecting between us. The next step is to do together, in the same video game. Hence it is essential to shed light on the points to work, as well as give them the importance they deserve and remedy them whenever they harm or harm those we want. Sharing a hobby can be somewhat vital for many people, but I think it is more important You encourage her on the walls of the house. 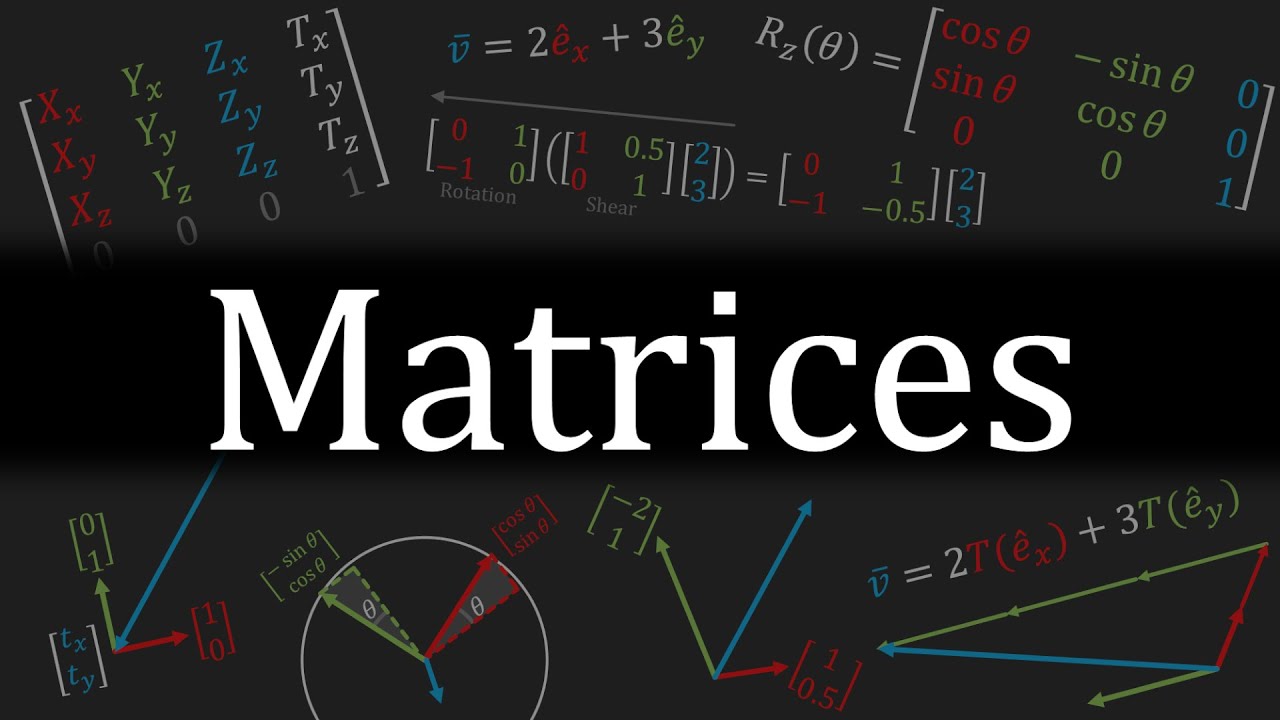 In other words, it is likely that the fact that my person has grown, subsist and survived in specific physical and emotional environments has come to shape me in who I am. Beyond everything that implies in terms of the obstacles against which battallo, while my steps have led me to a therapy to face, with all possible tools, my past, my present and my future, I aspire to erect a abode in which to be able to take care of myself, take care and be happy. As I commented in previous columns, that also encompasses being a player, especially when almost a thousand kilometers, a move and a divorce later, taking a command is again pleasant. Undeniably, it is not always possible or adequate to take the step of breaking with everything or starting in another space, but I do encourage a temporary or permanent corner of its own, however small. This is because, accepting that we are both our approach, derived from countless factors (space, time, money, mood, personal relationships, etc.), such as the one proposed by the work, in turn affected by other various agents, locate in and/or build that place we can call home, with all its connotations and without obfuscar with the theories, it is to meet again, love and take care of us at all levels, even if that requires leaving for an adventure, as did the Rose ball in Kirby and the forgotten earth.